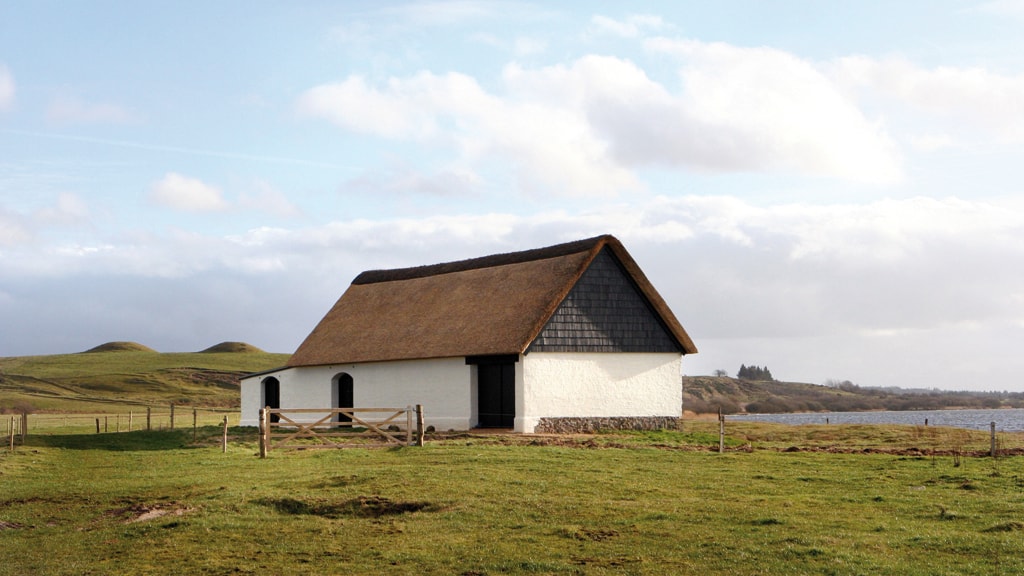 Photo: VisitViborg
Attractions
Natural areas
Close to Tanghuset you can find Marens Patter – two barrows that are the trademark of Sundstrup. The barrows have served as a point of bearing for ships.
Address

Seaweed has been an important source of income at Limfjorden, and was back in the day collected, dried, cleaned and pressed to be used in mattresses, as fertilizer, as roofing, fodder and for making starch. The furniture factories Getama and Skalma started based on the usage of seaweed, and they still exist today, however, they do not use seaweed in their production anymore. The seaweed was pressed into large blocks, and stored in so called tanghuse (seaweed houses). It is possible to see one of these houses in Sundstrup, where you can also find additional information on the history and usage of seaweed in production.

The house now functions as primitive accommodation for cyclists, hikers, and other travellers.

Close to Tanghuset you can find Marens Patter – two barrows that are the trademark of Sundstrup. The barrows have served as a point of bearing for ships. With a little imagination, you can see a giant woman, laying on her back with her legs in Hjarbæk Fjord. The two barrows are popularly known as Marens Patter (Marens tits). Climb to the top and enjoy the beautiful view of the fjord and the dam.

See all in this area
Last updated by
VisitAarhus, Viborg
info@visitaarhus.com